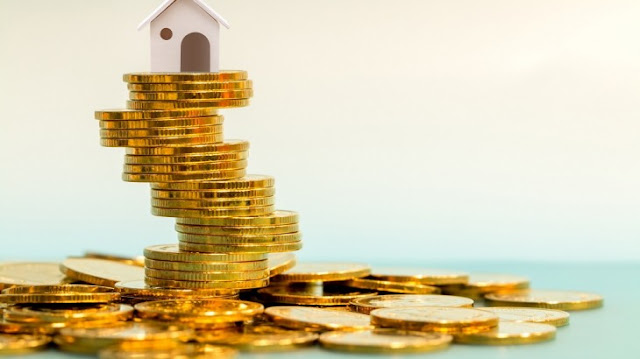 2018 has been year of real estate’s revival story. It was a year in which we reaped the fruits of the seeds sown in 2017. RERA and GST, aimed at bringing in more transparency in real estate transactions and giving the homebuyer their rightful due were introduced in 2017 and implemented across the country. While the going was tough and cumbersome initially, real estate companies eventually tweaked their processes to accommodate the mandated changes and the entire sector is now better for it. 2018 also saw various trends become more mainstream and we see them becoming a positive real estate mainstay.

Let’s look at some of these real estate trends of 2018:

More Transparency
RERA has put a big thrust on transparency in the real estate sector and has ensured that buyers are more aware of their rights. Many developers have responded well and have been timely in terms of completing projects and handing over possession which is great news for homebuyers everywhere. Overall developers have become more compliant and transparent. The industry has also seen major consolidation - the more robust and better capitalised companies have survived and charted growth stories.

Rising Inflow of Global Capital
With the first REIT portfolio flagged off in 2018, the Indian real estate sector has witnessed a rise in investment inflows from global institutional investors. A transparent, better-regulated market thanks to RERA, has also been a major stimulant for attracting the domestic as well as foreign investors. The foreign investments are also flowing in with better governance and management systems, and business models. This is good news for the industry as a whole as more quality capital will be available.

Increase of Hybrid Spaces
Commercial real estate has seen a remarkable year in which the demand for large open-plan offices has outstripped that of regular cubicle-type offices. The Indian startup economy has had an exciting 2018 and more startups are being registered than any other year before. This means rising demand for co-working spaces which are economical, make optimum use of limited resources, and provide a fertile platform for collaboration, exchange of ideas and higher networking opportunities. Millions of square feet across major Indian cities were purchased or leased by big names in the co-working development space with a view to developing quality office space.

Rise of Smaller Cities
The sustainable growth of mega-cities like Delhi and Mumbai can be best managed by the emergence and growth of smaller cities which meet the aspirations of people wanting to live in or near cities. There has been an increased focus on improving infrastructure and connectivity in tier II cities. Furthermore, a number of businesses are also moving away from big cities to Tier II cities. This has resulted in demand for quality housing in these cities and thus more vibrant and sustainable realty markets.

Emergence of New Sectors
The real estate industry in India is rapidly expanding to accommodate new assets such as student housing, senior living and co-working spaces. More senior citizens are choosing to spend their retirement in specially designed retirement communities which cater to their specific requirements. Similarly, as more young Indians opt for higher education degrees the emergent sector of student housing is growing. India’s booming startup economy is also fuelling demand for co-working spaces with commercial buildings now being designed as open plan spaces which can be leased or sold as co-working offices.

The growth of newer cities bodes well for those looking to move closer to big cities and access quality infrastructure. Similarly, the growth of new sectors enables developers to expand their portfolios and create more robust business models. The latter could be a result of partnering with global entities who can introduce better and sustainable practices. Overall, 2018 has been a harbinger of hope and created a template for a cleaner, transparent and well-regulated real estate market which can be further built upon.

Posted by Surendra Hiranandani at 23:02 5 comments:

Outlook for real estate sector in India in 2019 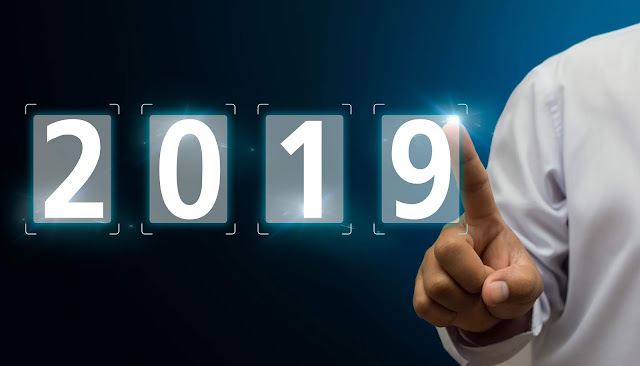 The year 2019 will be both challenging and opportunistic and the ones likely to succeed are those who embrace the changing market dynamics. Apart from elections, credit growth and improvements in infrastructure will set the tone for economic growth in the future. Historically real estate prices have traditionally remained soft ahead of the elections, but have regained momentum afterwards. While the polls might not substantially impact property prices, they could slow down policy clearances and infrastructure projects critical to real estate. A stable government at the centre in 2019 will further boost the growth in the sector.

The lack of credit off take compounded by the current NBFC crisis has been a cause of worry for stakeholders in the sector. Despite the concerns, the economic indicators have remained positive with India's GDP growth rate pegged at 7.3% and inflation been reined in at 4.8% in 2018. However, more efforts will have to be put in 2019 to maintain the existing momentum.

In 2018 developers largely focused on clearing existing inventory and adjusting to the new policy requirements. The increased transparency and accountability has created a more efficient environment which has found favor with both domestic and institutional investors. The stringent measures enforced by Real Estate Regulatory Authority (RERA) has erased out non serious players and only credible developers with proven track record are driving the market, both organically and via consolidation. This is expected to continue in 2019 as well and we will see established names further capitalize on their brand to strike joint development deals with smaller players.

Affordable and mid-income housing took centre stage in 2018 will continue to drive residential housing both in metro and Tier 2 cities. There been an uptick of almost 15-20% with preference for ready to move in units owing to RERA and GST benefits. The massive push for improvement in infrastructure by the Government of India (GOI), including significant capital expenditure for roads, railways, development of smaller airports and expansion of schools and hospitals at the outskirts will benefit this segment further. This will provide better connectivity and have a multiplier effect thereby allowing developers to explore new projects in the peripheral areas of the cities.

The Logistics & Warehousing sector gained significant traction this year after the centre granted infrastructure status to logistics. It is showing a massive growth owing to large infusion of foreign capital.

The commercial space in real estate is expected to remain the most buoyant force in the sector. Growing demand for Grade A office spaces across major cities, including new sectors like co-working spaces that is further expected to push the demand for commercial properties. The government’s push towards promoting start-ups and developing smart cities will create a lucrative environment for businesses to work and expand. Major markets in South India such as Bangalore and Chennai can gain further traction owing to fair pricing, increasing growth of IT companies.

Real Estate Investment Trusts (REIT) listings in 2019 will infuse liquidity in commercial real estate. It will fuel demand for office space from major sectors like logistics, manufacturing and consumer goods, besides IT and ITeS and the banking and financial services sectors. Rentals in metros and Tier-1 and Tier-II cities will continue to remain in demand.

Developer’s focus will further shift to customer centricity through the use of technology and digital platforms in the coming year. The ability to predict human behaviour through qualitative data analysis of social media such as ‘likes’ on Facebook, YouTube videos, twitter feeds and similar trends have become a game changer for the real estate sector. This will help them customize as per the ever evolving needs of the buyer.

To sum it up, 2019 will start on a cautious note due to the upcoming elections, but will pick up significant momentum thereafter, in all real estate segments.

Posted by Surendra Hiranandani at 01:12 4 comments:

This year has been a trail-blazing year for Indian real estate after a landmark 2017 which saw major legislation like RERA implemented. In post-RERA 2018, the realty sector has moved forward with more reforms and complementary market changes which have boosted performance for the better. Let’s take a look at some of these developments during 2018:

Unchanged Repo Rate
By leaving the repo rate unchanged just before the festive season in October this year, the RBI provided a much needed boost to the real estate sector. An unchanged repo rate means banks’ lending rates continue to remain attractive and thus boost buyer sentiments. The festive season is a time when many Indians plan to invest in homes by also taking advantage of numerous festive home buying offers.

Depreciating Rupee
The continued rise of the American dollar this year has meant that most other currencies have depreciated in value against it. For an emerging country like India this has meant a steep depreciation of the Rupee to it’s all time low of 74 against the dollar. However, this also makes investment in the country’s real estate sector more attractive to NRIs, thus boosting buying sentiments among this section of investors.

Title Insurance
RERA has made it mandatory for developers to take title insurance which protects investment in real estate and provides coverage against financial loss arising in case of title disputes. This is a common form of indemnity available in Britain, Canada, Australia and Europe which promotes transparency.

Increased Carpet area of PMAY- U Homes
This year the government increased the carpet area of residential units eligible for interest subsidy under the government’s Credit Linked Subsidy Scheme (CLSS) for the middle-income group (MIG) under PMAY (Urban). This brings more homes under the scheme and increases the choice available to homebuyers who would previously decide against buying a home under the scheme due to the limitation in sizes. This is a boost to residential sales and investment in affordable housing.

Mumbai DP 2034
The Mumbai Development Plan 2034 envisages a revamped Mumbai with a big boost to real estate. It proposes increased FSI which will provide more commercial and residential units in the city. The plan also proposes to unlock 3,734 hectares of no development zones (NDZ) which will be used for development of affordable housing and increased social amenities such as parks, playgrounds and gardens. The city is expected to benefit from more green zones, homes and jobs.

Plotted Developments
2018 emerged as the year where more buyers preferred to purchase plots due to their lower prices and relative affordability. It offers them the freedom to buy a plot and build a home as per their needs. This trend has prompted a number of organized developers to also launch various plotted developments across Bangalore and Chennai realty markets. A number of plotted developments come with numerous amenities such as clubhouses, paved roads, water and electricity connections, and drainage systems making them more attractive.

Lower Circle rates
Budget 2018 offered relief to buyers and sellers of property by proposing a tax relief up to 5% of the Circle rate. By allowing the 5% variation between transaction value and circle rates for computation of capital gains the secondary real estate market has received a boost.

Posted by Surendra Hiranandani at 21:55 No comments: