OMR - Why It's One of Chennai's Preferred Residential Destination 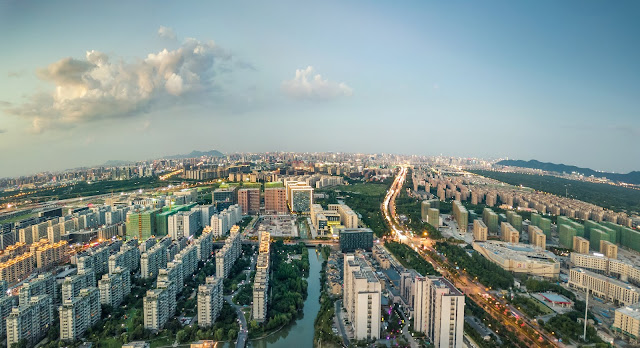 There are few stretches of roadways as iconic, scenic and steeped in culture as Old Mahabalipuram Road in Chennai popularly referred to as OMR. This 20 km long highway stretches from Madhya Kailash Temple on Sardar Patel Road in South-East Chennai right up to Mahabalipuram in the south where it connects with the equally famous East Coast Road (ECR). OMR, also known as the Rajiv Gandhi IT Expressway, has witnessed huge growth and development in the last decade as it gained a reputation for becoming the IT Corridor of Chennai. Life in OMR has upgraded in a big way and it has become the residential destination of choice for both - families, and developers looking to meet this rising demand. Here’s why:

Connectivity
Ease of travel is a major USP of any good residential area and OMR boasts of excellent infrastructure which boosts connectivity. This includes the entire stretch of OMR with its flyovers and dedicated MRTS routes and direct connectivity to the Chennai airport as well. East Coast Road and the GST Road further enhance connectivity to other suburbs of Chennai such as Thiruvanmiyur, Palavakkam, and Neelankarai. Other arterial routes such as Velachery-Tambaram Main Road and Kelambakkam-Vandalur Road provide a good road network. Proposed infrastructure such as a 17.7 km elevated road from Siruseri to Taramani, alongside the upcoming Metro line on OMR will be a game changer for residents and businesses along the OMR.

Employment Hub
The IT and ITeS industry is one of the highest employers in India. OMR is home to one of the biggest agglomerations of IT and ITeS businesses such as TCS, Cognizant, Syntel, Mahindra, Wipro, Infosys, Hexaware and more. Most of these companies are set up in large IT Parks such as SP Infocity, RMZ Millenia, Ascendas, SIPCOT, ELCOT SEZ and TIDEL among others. The presence of major companies such as these means numerous employment opportunities and further growth of the city’s ecosystem.

Well-Developed Social Infrastructure
The commercial and residential growth of OMR in the last few years has meant an upgrade in the civic amenities and infrastructure as well. A number of good education institutions and hospitals serve residents here. IIT-Madras, Hindustan University, Sathyabama University, St. Joseph’s Institute of Technology are some well-known higher education institutions, and among schools there’s Gateway International School, Hiranandani Upscale School and Ramana Vidyalaya among others. Apollo Hospital, Global Hospital and Chettinad Hospital are among those that provide excellent medical care and services.

Gateway to Adventure
Located close to the coastline means residents of OMR have an easy access to the many popular beaches. Besides the many coastal picnic spots and resorts there are water sports such as scuba diving and surfing to indulge in. Other easily accessible attractions in OMR are MGM Dizee World, VGP Theme Park, artisans’ villages like Dakshinchitra and the Cholamandalam Artists’ Village. The drive along OMR is also scenic and pleasant as one passes long stretches of water bodies such as the Great Salt Lake, Sholinganallur Lake as well as Guindy National Park, and Pallikaranai Marshland which is well-known among bird watchers. For those who prefer indoor entertainment, there are several malls and multiplexes as well.

At House of Hiranandani, we understand the value of living close to work and amidst nature. Our City by the Sea project in Egattur is a sprawling 120 acre residential project with amenities such as a school, spa, salon and crèche. Choose from among 2, 3, 4 and 5 BHK spacious and luxuriously designed apartments across some of the tallest towers in OMR. While the project is located right opposite SIPCOT Park, it also has easy access to many other IT Parks and most social infrastructure. The project is surrounded by lush greenery so residents can enjoy clean air, and picturesque views of the nearby lake.

Posted by Surendra Hiranandani at 22:23 No comments: 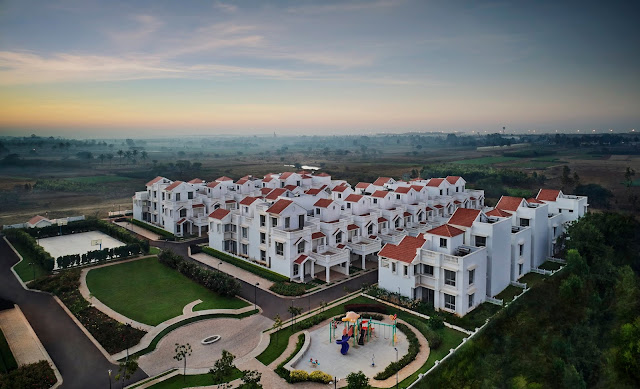 Bangalore, the Silicon Valley of India, is home to a large number of IT companies and startups, and is one of the leading employment hubs in the country. This aspect of the city draws professionals from all over the country and abroad. To accommodate this influx of people, the city’s borders are gradually but steadily expanding, and newer suburbs are emerging. North Bangalore is one of the recent areas to experience a growth spurt.

Devanahalli, a suburb located in North Bangalore is one of the emerging real estate destinations of choice. Popularly known as the birthplace of Tipu Sultan, it is now better known as the location of the newly built Kempegowda International Airport. Devanahalli is also developing as an industrial and technology hotspot. Let’s look at why homebuyers are attracted to Devanahalli.

Location & Connectivity
Devanahalli enjoys excellent connectivity to the main city centres via the NH-7 or the Bellary Road which has been widened to a 6 lane highway, thus ensuring better and efficient flow of traffic. The Bangalore Metropolitan Transport Corporation [BMTC] buses operate a regular service, catering to the ever-increasing demand of public transport. It has major transport nodes located at easily accessible distances. The international standard airport located here is the second busiest airport in the country, with flights to various cities all across the country and the world. Devanahalli is also well-connected to the nearby suburb of Yelahanka, and Bangalore City by railway.

Upcoming Transport Infrastructure
Devanahalli’s multi-modal transport connectivity is set to receive a boost with future infrastructure developments. The suburb has been included in the construction of Phase 2 of the Namma Metro network which will connect the Airport to central Bangalore and thus Devanahalli as well. The proposed Peripheral Ring Road (PRR), which will complement the existing routes of NICE and ORR, will connect the outer suburbs of Bangalore and major roads like OMR and Bellary Road. This will enhance connectivity between Devanahalli and the rest of Bangalore.

Social Infrastructure
Devanahalli benefits from a well-established social infrastructure such as schools, hospitals and recreational spaces. Some notable schools in this area are NPS School, Delhi Public School, Akash International School and Canadian International School. The healthcare options available to residents include Leena Multispecialty Hospital, Akash Hospital and Cyte Care Cancer Hospital. This suburb also has a D-Mart outlet as well as numerous convenience stores to meet residents’ daily needs. Devanahalli is also a popular tourist destination due to the many temples and the Devanahalli fort.

Industrial and IT Hub
The relative affordability of land in Devanahalli, as compared to many other suburbs in Bangalore, has made it a focus area for real estate and infrastructure development. This includes some of the biggest projects already operational here such as IT Investment Region [ITIR] and the Aerospace SEZ, making them employment attractions. Some big companies which have been set up in the Aerospace SEZ are Thyssenkrupp Aviation, BEML, Dynamatic and Centum Electronics.

Popular IT companies such as TCS, Infosys and Wipro are expected to set up base in the Devanahalli ITIR. Companies such as Shell already have a significant presence in this area. Also, an upcoming Science Park as well as a Financial City, is expected to compete with India’s financial capital Mumbai and the Gujarat International Finance Tec-City in Gandhinagar. This, proximity to industrial clusters and IT Hubs, is another key attraction of Devanahalli.

To Conclude...
As highlighted above, this north Bangalore suburb is experiencing a growth surge and is developing economically, demographically and infrastructurally. As the connectivity improves, and more companies set up base here, more residents will also follow. This will enhance the investment value of homes in Devanahalli. Hence, there is no better time than now to invest here.

House of Hiranandani understands the growth opportunity Devanahalli presents. We are developing an integrated township here which brings together elements of luxury living within green expanses. We offer 2, 2.5, 3 and 4 BHK apartments as well as 3 & 4 BHK villas and cottages. The project boasts contemporary designs, neo-classical architecture and lavish lifestyle amenities. Irrespective of the reason you choose to invest in Devanahalli, you can be assured of higher yields in the future.